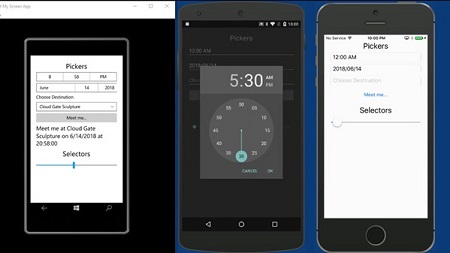 Xamarin is a cross-platform development tool. It solves dilemmas many developers face when developing cross-platform apps: separate coding languages and UI paradigms. With Xamarin, you can use C# for iOS, Android, and Universal Windows apps. And with Xamarin Forms, interface design for all three platforms can be accomplished within its XAML-based framework.

In this course, Walt Ritscher helps develop a sample app for each of the three platforms using Visual Studio and the IDEs in Xamarin (including Xamarin Studio). He touches on the processes that make Android, iOS, and Windows app development unique. Then he shows how to recreate the three apps as a single cross-platform app, and test and debug the app using Xamarin’s powerful emulators. He also covers UI design with Xamarin Forms, the data binding engine that automatically syncs data between views and data sources, and pages, Xamarin’s templates for content, navigation, tabbed, carousel, and master pages.