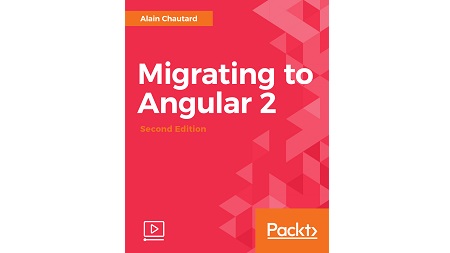 Angular 2 is a technical and conceptual overhaul of its hugely popular predecessor, AngularJS. This means that for developers who have built and maintained applications with AngularJS, and need to transition projects across to Angular 2, there needs to be an effective plan of action. Implementing a migration path for projects has been a major talking point in itself leading up to the release of Angular 2, and a critical concern for developer teams transitioning code across to take advantage of the new framework. Angular is a complete solution for rapid front-end development. No other plugins or frameworks are necessary to build a data-driven web application.

This course demonstrates how to apply an effective migration plan for transitioning Angular 1.x projects to Angular 2. Opening with an introduction to the major changes and additions brought by the new framework, we quickly scope out a plan to a migrate a sample weather application from its original Angular 1.x code base.

We then explain how to migrate blocks of code incrementally, as opposed to porting code in bulk, and give you a brief introduction to Typescript and ECMAScript 6. Throughout we’ll show you how to gradually deprecate $scope, upgrade services, work with the component router, transition forms, and more.

By completion of this course, you will be rapidly up to speed with the fundamental building blocks of Angular 2 development, and fully capable (and confident) transitioning existing Angular 1.x projects to the new environment, ready to explore everything the new Angular has to offer.