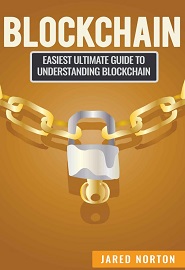 Don’t look any further if you want to learn about Blockchain Today!
Nobody likes banks and, for a lot of people, it’s for good reason. You go to the teller window five minutes before closing time and she won’t acknowledge you because she just wants to close up and go home. Your Paypal account is tied to the banking system and they may yank your account access simply because you got an unusually large payment for something you sold on eBay. You wonder if the homeless aren’t caught in some kind of Catch-22 where they can’t get access to a decent apartment without a bank account and can’t get a bank account without a photo ID that includes their home address.
All of these are good points that could be solved with a new digital currency called Bitcoin. Bitcoin is always open for business and won’t ignore you even when you want to use it to have a pizza delivered at two in the morning. It won’t shut you out simply because you received a transaction worth thousands of dollars from someone buying your car. If you want to use it, literally all you need to do is download the wallet on a laptop or tablet.
This is made possible by technology that doesn’t care about much of anything except whether you have a device that can link to the Internet even if it means soaking up the free Wi-Fi at the coffee shop and the ability to copy-and-paste a string of letters and numbers or scan a QR code. It’s called the Blockchain, a decentralized ledger that keeps track of debits and credits for all Bitcoin users.
There are many ways that the Blockchain can benefit entrepreneurs beyond the fact that it’s associated with a currency that makes fraudulent chargebacks impossible. It can be used for many applications that require a reliable and tamper-resistant means of record-keeping. It can be used to give you a competitive edge in a world where the economy is becoming increasingly global and customers increasingly care about how their goods are produced and can hop from one “next big thing” to the next pretty fast. If you’re looking at the Blockchain, you probably have a few questions that this book will answer for you.
Here Is A Sneak Peek Of What You Will Learn