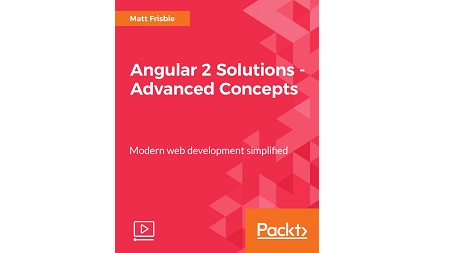 Angular 2 introduces an entirely new paradigm for applications, wholly embracing all the newest concepts that are built into the next generation of browsers and cutting away all the fat and bloat from Angular 1. This course plunges directly into the heart of all the most important Angular 2 concepts. Alongside the Angular 2 content, the course covers the new ES6 syntax, TypeScript conventions, Web Components, and RxJS observables, among many other brand-new concepts. The second volume of this course covers the ES6 implementation of Promises and shows you how to integrate them with Angular 2 applications. Once you’ve built a good foundation for the new concepts of Angular 2 from the previous volume, you’ll work with implementing RxJS observables and understand how to use them effectively. Finally, you’ll learn how to inject dependencies and wrap HTTP APIs with a service.The third volume comprises of HTML, CSS, and JS for a web browser and make it easy to develop the source components of the static file. It will take you through the available testing utilities that are used by the Angular 2 framework. You will explore some of the new features that it builds upon.