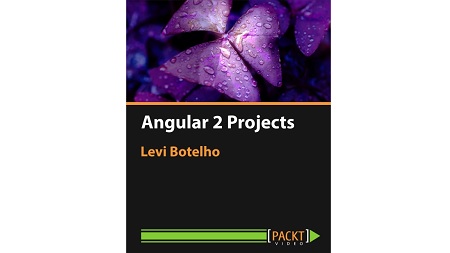 AngularJS is a JavaScript framework used to build web applications in large-scale, high-traffic websites that struggle with under-performance, portability issues, and complexity at scale. Angular changes that, and with Angular 2, the web application building process is made easier and more efficient.

This video starts out by addressing some of the advantages that Angular 2 applications have over traditional page-based web apps. You’ll build a simple weather application where you’ll learn the basic concepts of Angular 2 such as writing basic components, making API calls, and routing. Next you’ll build a more complex Twitter app, which will be based on the knowledge you gained while building the weather application. It will show you how to handle more complex API calling scenarios, filter data using pipes, and integrate external components into the application. Lastly, you’ll build a multiplayer checkers app that will make extensive use of data binding in order to provide a responsive user interface.

You’ll then learn how to test the applications built in the course, and finally we’ll conclude by providing a brief example on how to deploy an Angular 2 app to AWS.